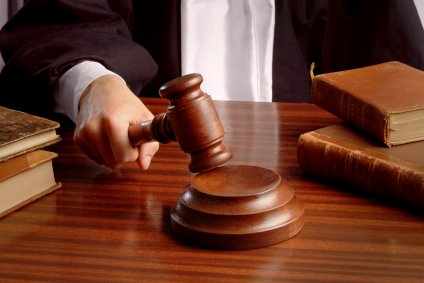 Businesses these days are looking for ways to build engagement with their target audience. Online forums and blog comments provide an environment to engage in a dialogue about a brand, service or product. However, the remarks posted by site users can sometimes result in legal consequences both for themselves and the owner of the website. Parties who are the victim of defamatory statements can and do seek legal remedies.

There is no distinction between electronic media and print media when it comes to libel which is defined as false statements of fact about a person or company that are printed, broadcast or otherwise communicated. Libelous statements must also cause actual damage to that person or company’s reputation rather than merely be insulting or offensive. They must be capable of being proven true or untrue and not simply a matter of opinion.

The statutes and case law of different countries and legal jurisdictions creates some problems in the electronic realm where comments posted by a user in one country can be read by users everywhere. This has lead to an increase in what has been termed “Libel Tourism“, where plaintiffs seek judgment against defendants in jurisdictions which favor the litigator. Recent legislation in the USA such as the Speech Act, signed into law in August 2010 seeks to limit the enforceability of foreign judgments which conflict with that country’s constitutional First Amendment. The British government has also announced that they will seek to introduce legislation preventing Libel tourism.

Libel laws in most countries draw a distinction between “publishing” and “distributing” of libelous content. The newspaper which takes an active part in “publishing” a false and defamatory story will generally be held liable whereas the newspaper kiosk owner who is merely “distributing” the content would not. Because of it’s nature, there is some gray area in so much as whether forum or blog is both publishing and distributing information. In the interests of limiting potential actions against electronic media services the United States introduced the Communications Decency Act (CDA) which provides immunity to litigation to website owners under the provisions of Section 230.

In analyzing the availability of the immunity offered by this provision, courts generally apply a three-prong test. A defendant must satisfy each of the three prongs to gain the benefit of the immunity:

The United States courts have taken a broad interpretation of what “interactive computer service” actually means, so as to include not just Internet service providers but also hosting companies and website owners.

An interactive computer service is defined as “any information service, system, or access software provider that provides or enables computer access by multiple users to a computer server, including specifically a service or system that provides access to the internet and such systems operated or services offered by libraries or educational institutions.” Gordon v. Virtumundo, Inc., 575 F.3d 1040 (9th Cir. Wash. 2009)

In Japan, the courts have taken a somewhat more problematic approach to the issue of online libel. In a landmark 1997 case the Tokyo District Court ruled that postings on the “Feminism” BBS of NiftyServe, Japan’s largest commercial internet service provider at the time constituted libel because they “lowered the public image of the victim”, a woman who was on the receiving end of some defamatory user posts. The court ordered that the manager of the forum and NiftyServe were negligent in that they should have taken action to delete the message before it was posted and each was ordered to pay 500,000 yen even though the victim had not requested such action. The decision was later reversed on appeal by the Tokyo High Court (Sep 2001).

In 2002 Japan introduced the so-called Provider Liability Limitation Law. The law holds that the service providers cannot be held liable unless 1) they have the technological means to remove the content and either 2-a) they have the knowledge of the illegal content or 2-b) they could reasonably have gotten to know it.

So as a website forum or blog owner, what can you do to limit your liability?

1. Have a strong Terms of Service / Forum Rules notice.
Make it clear that personal attacks and libelous statements are not acceptable.

2. Keep opinions as opinions and provide supporting facts.
Encourage your users to express their views as opinions and to backup any controversial claims with evidence, usually in the form of a link. Truth and opinion are two defenses to libel suits and can discourage baseless law suits.

3. Limit personal involvement.
If the debate goes anywhere near a potentially hazardous area, it is best to use caution and limit your involvement to managing rather than participating in the debate.

5. If you feel a statement has gone too far, remove it.
Editing your forum does not sacrifice your Section 230 protection and it may help prevent a baseless lawsuit.

The bottom line is that anybody can sue anyone whether they have just cause or not so it is prudent as a website owner to limit your potential liability by taking sensible libel precautions in your forum and blog managment rules and management.

NOTE: We are not legal practitioners or qualified to give legal advice. This article is merely a collection of facts found in other places on the internet. You are advised to seek your own legal counsel.