The sporting arena and business world are often compared. So with the Rugby World Cup coming to Japan in 2019, we thought we’d have a bit of fun with that idea.

It’s well-known that each rugby playing nation has a distinct and traditional style of play for which they are famous. These styles are sometimes aligned with the cultural values of the country. At other times, they are surprisingly different to what we think we know about the people of that nation.

Businesses also have similar unique characteristics and identities. So as an experiment, we thought we’d profile the playing styles of some of the most entertaining teams coming to the Japan 2019 Rugby World Cup, and see if we could match those up against a business that mirrored those traits. 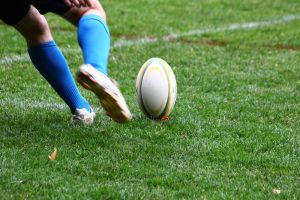 The French rugby union team, or Les Bleus, have traditionally embraced their national stereotype of playing with notable Gallic flair. However, that ability to play with flashes of beautiful style and grace is balanced against French teams regularly making basic skill errors or taking ill-advised gambles at important moments resulting in lost field position or points conceded at critical junctures. For this reason, the team has probably under performed relative to its talent at Rugby World Cups.

The company that closely matches these traits is undoubtedly Tesla Motors. The electric car pioneer has received rave reviews for many of its products, with the style and grace of the cars winning thousands of fans worldwide. However, the sometimes-erratic decision-making of its key managers and notable missteps and distractions (brawls with regulators, lawsuits against critics, ambitious schedules that are not met) all offset the successes, and mean that the company is not an undisputed leader in its field.

Though many sides seek to emulate the hard-charging and aggressive nature of the South African rugby team, the Springboks are undoubtedly the toughest team in world rugby. Since its reintegration into world rugby following apartheid, successive generations of Springboks teams have built the reputation of being impossible to dominate physically and sometimes, playing at the edge of the rules.

The ride sharing company Uber shares many of the characteristics of the Springboks. It is also a relatively recent entrant to the world stage, and entered a market where it was competing against entrenched taxi monopolies that were protected by local regulations. However, its corporate identity was that of an aggressive challenger, and it regularly operated on the borderline of (or completely outside) existing rules to gain market share and grow. It’s hard to argue it hasn’t been successful. When it begins trading on the stock market in 2019, experts tip the stock to be valued at USD 90 billion. 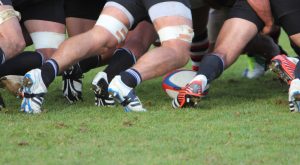 Australia’s rugby union team, the Wallabies, has always been a strong performer on the world stage. Ever since the earliest days of organized competition, Australian teams touring Europe were known for pioneering “running rugby”. In contrast to the slower, more deliberate playing styles of many of their European counterparts, Australian teams relied on fast ball movement to get the ball into the hands of skillful outside backs. A reliance on the speed, aerial ability and passing skills of a few highly skilled centers, wingers and fullbacks has been responsible for much of the Wallabies modern success.

In terms of companies, the Wallabies resemble a modern pharmaceutical giant like Sanofi, Pfizer or Bayer. Each of these companies has dozens if not hundreds of products and business lines. But it is the profits arising from a select few “blockbuster” drugs that really drives the success of these firms. While there is a large “team” of products in each of these businesses, their ultimate success relies on unearthing a relatively small number of truly world-leading blockbuster products.

The Fijian rugby team might be one of the most free-flowing and fun to watch teams in world rugby. In rugby circles, it’s sometimes jokingly said that Fiji doesn’t play like a team of forwards and backs, but instead, like 14 wingers and a fullback. The Fijian team emphasizes rapid transition play, improvisation and speed. Of course, this can also lead to large defensive gaps and a propensity to leak points against teams who are more consistent and able to exploit mistakes efficiently.

The Fijian team isn’t like any one well-known company, but can easily be compared to any number of rag-tag Silicon Valley startups. The culture of doing things quickly, making mistakes, learning from them and trying again is very similar to how this team plays.

The Fijian team isn’t like any one well-known company, but can easily be compared to any number of rag-tag Silicon Valley startups. The culture of doing things quickly, making mistakes, learning from them and trying again is very similar to how this team plays. However, these start-up firms are also vulnerable to their larger, more disciplined, better funded competitors taking them on and beating them at their own game.

The New Zealand rugby team, or All Blacks as they are widely known, are the pinnacle of world rugby, and have been for decades. In terms of consistent excellence, few can match the All Blacks. They routinely dominate the bilateral series’ that they play against high quality opposition like Australia and South Africa, while in recent years, they have fixed their under performance issues at world cup level, taking home the last two trophies. The All Blacks win by executing a seemingly simple game plan that is actually incredibly tactically nuanced, and doing it at a consistently higher level than their competition.

In the business world, there is an obvious analogue for the All Blacks: Apple Inc. Apple, like the All Blacks, had a difficult start to life on the world stage, with a series of missteps and failed major product launches. But the organizational DNA of the business has delivered success after success from the iMac to the iPod, iPhone, Macbook and iPad. Apple products look beautiful and are simple to operate, but like the All Blacks, thousands of man-hours have gone into the planning and design phases to make the execution look effortless.

The rugby union side hailing from England are a mainstay at the top of the world rankings, and have consistent 6 Nations and even World Cup success to show for it. Despite this, they are often derided for playing a “boring” style of rugby. Critics of their traditional style of “10-man rugby” say that it is over-reliant on large, lumbering forwards to drive the ball into opposition territory and to scrap for every yard of field position. This approach is usually complemented by a creative play maker who plays the percentage game and seeks points wherever they are available from penalty kicks and drop goals, rather than sweeping back line moves.

Despite the critics, this style of rugby, and of business, has great merit and is responsible for delivering above average results. Consistently compounding gains while limiting losses and risk is the hallmark of the traditional English rugby style, and is also the foundational business practice of Walmart in the United States. The company has many flashier, more headline grabbing rivals, but it has prospered for decades by focusing on the basics and delivering those basics consistently. Like English rugby, the company has adapted and launched more creative forays recently, but the core offering and business proposition is still the same. 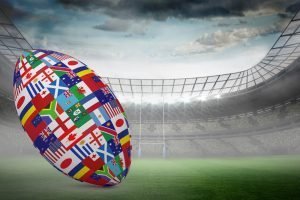 So how about YOUR organization? Which national rugby style does your business strategy and organizational culture most strongly align with?

Regardless, there is no doubt that a lot of people in the global Rugby community are looking forward with great anticipation to the World Cup in Japan in Sept-Nov 2019. Thousands of visitors will be coming to Japan to support their national teams which presents exciting business opportunities for many companies. Fans will be looking for accommodation, dining and entertainment that provide “English-Friendly” options.

If you have a web project that you want to launch in preparation for the 2019 International Rugby Tournament, now is the time to start planning.